« A distributor brand specialist in the Group strategy »

The Central Park Shoes story began in Germany in 1998. A new chapter began in 2006, when CPS joined the Royer Group. Over the last 20 years, CPS has made its mark as a key play in the shoe trade, and can even claim a place in the European Top 10.

Uwe Zieger took over the management of CPS in 2013, with the intention of setting the company on the road to modernity. He felt that the market was changing fast. "The shoe market is moving at a different pace. The consumer does his shopping when he wants and where he wants, and he expects to see something new on a regular basis,“ he explained. "The consumer has broken the traditional collections cycles. We need to adapt to be closer to their actual consumer habits and offer them what they need".

In practical terms, this means a policy of ongoing development rather than a huge development effort at the start of the cycle. The aim is to allow for adjustments and a permanent offer of new designs, i.e. maximum flexibility, as "we must at all costs avoid becoming disconnected from the reality of the market, "he said.

Today, CPS is organised into 3 divisions, each representing 1/3 of sales revenues. The first division is based on the CPS Group brand: Relife, a comfort brand aimed at older people who "don’t want to wear old people’s shoes“, in the words of Uwe Zieger.  The brand is popular worldwide and is soon to move into Eastern Europe. Sales have risen from 70, 000 pairs to 1.2 million in 4 years. The second division is dedicated to the mass market with some major supermarket customers to whom CPS supplies 3 million pairs. Finally, the division set up by Uwe Zieger: the clothing market division, which has recorded the highest level of progression over the last 4 years. CPS works particularly with the leaders of the clothing industry and hopes that he will soon be landing another giant from the sector. Here, the Royer Group will be of great help.“ Thanks to the Royer Group, we can gain access to distributors who wouldn’t have considered us. Jacques Royer supports me with his experience and advice and the Royer Group generates opportunities".

OTHER FORMS OF BUSINESS EXPERTISE

The Royer Group covers 4 market segments – from supermarkets to luxury -  each with its own specific challenges and expectations. To meet all these special features, it has organised itself into dedicated divisions while at the same time maximising synergies. 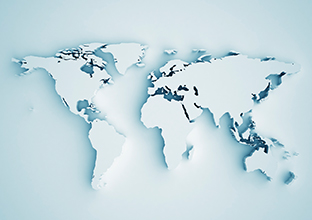 Licenses and Partnerships
All the expertises